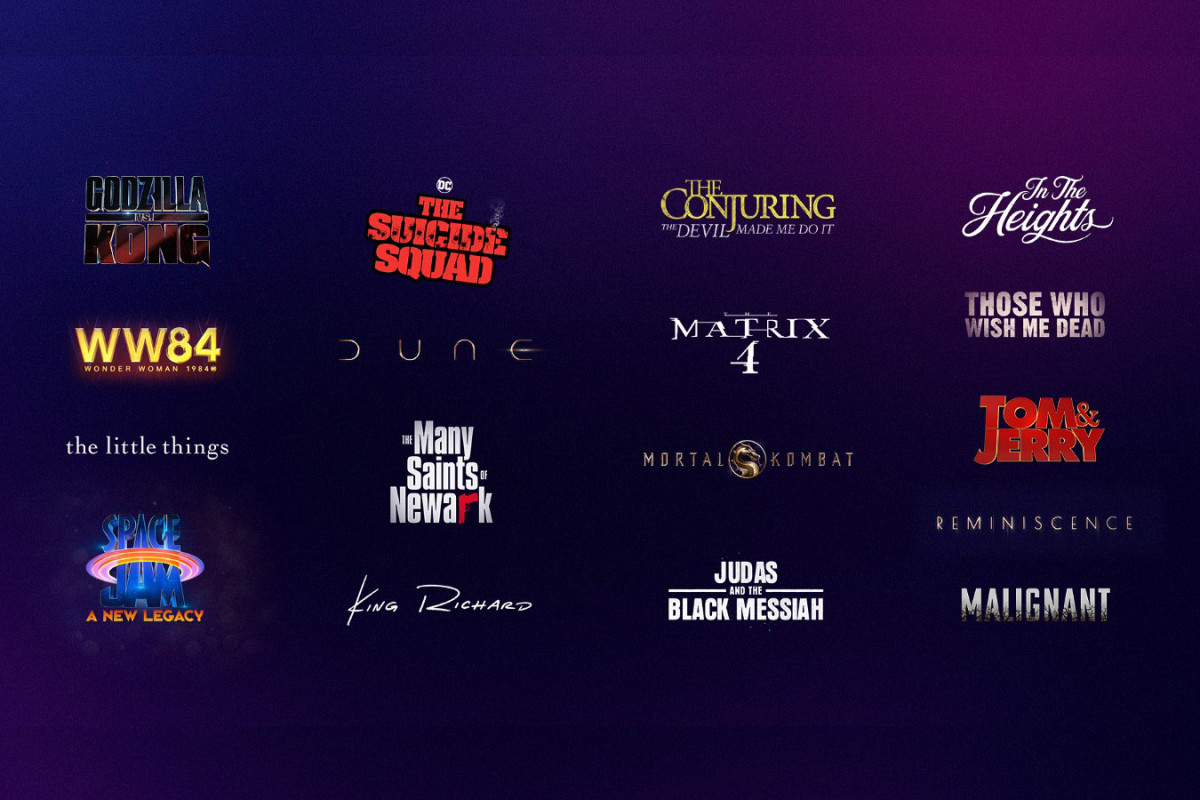 HBO Max has shared a new teaser trailer which shows off some of the upcoming titles from Warner Bros. that will premier the same day as in theatres.

This particular teaser features, Godzilla vs. Kong, Space Jam: A New Legacy, The Suicide Squad, In The Heights, Judas and the Black Messiah, Dune, The Many Saints of Newark, The Conjuring: The Devil Made Me Do It, Mortal Kombat, Malignant, King Richard, Those Who Wish Me Dead, Cry Macho, Tom & Jerry: The Movie, and The Matrix 4.

RELEASE DATE: January 29, 2021
STARS: Denzel Washington, Rami Malek, Jared Leto
DIRECTOR: John Lee Hancock
The Little Things follows sheriff deputy Deke (Washington) as he teams up with detective Baxter (Malek) to catch a serial killer (Leto) in California. While Deke is talented at seeking out the details in any case, he strays from the rules and has his own unconventional methods, landing Baxter in a dilemma.

Judas and the Black Messiah

RELEASE DATE: February 12, 2021
STARS: Daniel Kaluuya, Lakeith Stanfield
DIRECTOR: Shaka King
Based on the true story of Fred Hampton, the leader of the revolutionary Black Panther Party, this film marks the reunion of the stars of Get Out in a film produced by mega-talent Ryan Coogler (Creed, Marvel’s Black Panther).

RELEASE DATE: February 26, 2021 (moved up from 3/5/21)
STARS:  Chloë Grace Moretz, Michael Peña, Rob Delaney, Colin Jost
DIRECTOR: Tim Story
The Tom and Jerry film takes the beloved Hanna-Barbera cartoon and gives it an origin story, going back in time to tell the story of how Tom and Jerry met and how their famous rivalry began.

RELEASE DATE: March, 26, 2021
STARS: Millie Bobby Brown, Julian Dennison, Alexander Skarsgård
DIRECTOR: Adam Wingard
Godzilla vs. Kong, the sequel to Godzilla: King of the Monsters and Kong: Skull Island, marks the fourth film in the MonsterVerse. The fearsome titular monsters face off, but with humans caught in the middle, a conspiracy has people planning to wipe the creatures from the planet for good.

The Conjuring: The Devil Made Me Do It

RELEASE DATE: June 4, 2021
STARS: Vera Farmiga, Patrick Wilson, Ruairi O’Connor
DIRECTOR: Michael Chaves
Also known as The Conjuring 3, the third film in the horror franchise follows paranormal investigators Ed (Wilson) and Lorraine Warren (Farmiga) as they look into a murder case in which the suspect claims he was possessed by a demon.

RELEASE DATE: June 18, 2021
STARS: Anthony Ramos, Corey Hawkins, Leslie Grace, Melissa Barrera
DIRECTOR: Jon M. Chu
Lin-Manuel Miranda’s In the Heights musical gets the movie treatment with an onscreen adaptation about New York City’s Washington Heights neighborhood. At the center of it all is bodega owner Usnavi de la Vega (Ramos), who is saving up money and dreaming of starting his own business back home in the Dominican Republic.

The Many Saints of Newark

RELEASE DATE: October 1, 2021
STARS: Timothée Chalamet, Zendaya, Rebecca Ferguson, Oscar Isaac
DIRECTOR: Denis Villeneuve
Dune is set in the far future, where a duke is given ownership over a desert that’s home to the powerful and valuable substance “the spice,” a drug that has the ability to help humans live longer, increase their intelligence, and travel at the speed of light. The Duke brings his family and advisers with him, but the mining operation in the desert presents unexpected challenges. Dune, which marks the first part of an adaptation of Frank Herbert’s 1965 novel, comes after the first Dune movie, which was released in 1984.

RELEASE DATE: November 19, 2021
STARS: Will Smith, Aunjanue Ellis, Saniyya Sidney, Demi Singleton
DIRECTOR: Reinaldo Marcus Green
King Richard tells the story of tennis superstars Venus and Serena Williams and their coach and father, Richard Williams (Smith). The sports drama explores how the talented sisters were influenced by their dad and how he made them who they are today.

RELEASE DATE: TBA
STARS: Annabelle Wallis, Jake Abel
DIRECTOR: James Wan
Very little is known about Malignant, but James Wan is a well-proven commodity. He directed the first Saw movie, the first Insidious movie, the first Conjuring movie, and even Fast 7. Whatever he’s got for us to watch, we’ll gladly devour.

Those Who Wish Me Dead

RELEASE DATE: TBA
STARS: Angelina Jolie, Nicholas Hoult, Tyler Perry, Jon Bernthal
DIRECTOR: Taylor Sheridan
Sheridan is one of the most exciting American directors working these days, with films like Hell or High Water and Wind River under his belt; he’s also a prolific writer, penning projects like Sicario and TV’s Yellowstone. It’s been a hot minute since Angelina Jolie has filmed an adult drama, but this pairing —in a “neo-Western,” no less — has us geeked!

RELEASE DATE: TBA (formerly April 16, 2021)
STARS: Hugh Jackman, Rebecca Ferguson, Thandie Newton, Daniel Wu
DIRECTOR: Lisa Joy
Sci-fi drama Reminiscence follows Nick Bannister, a man living in Miami in the future, when rising seas have transformed the city. Nick has the unique ability to let his clients revisit any memory in their past, and when he meets Mae (Ferguson), he immediately falls for her — but another client’s memories make him question what he thought he knew about her.

One thought on “New HBO Max Teaser shows us 2021 from Warner Bros.”