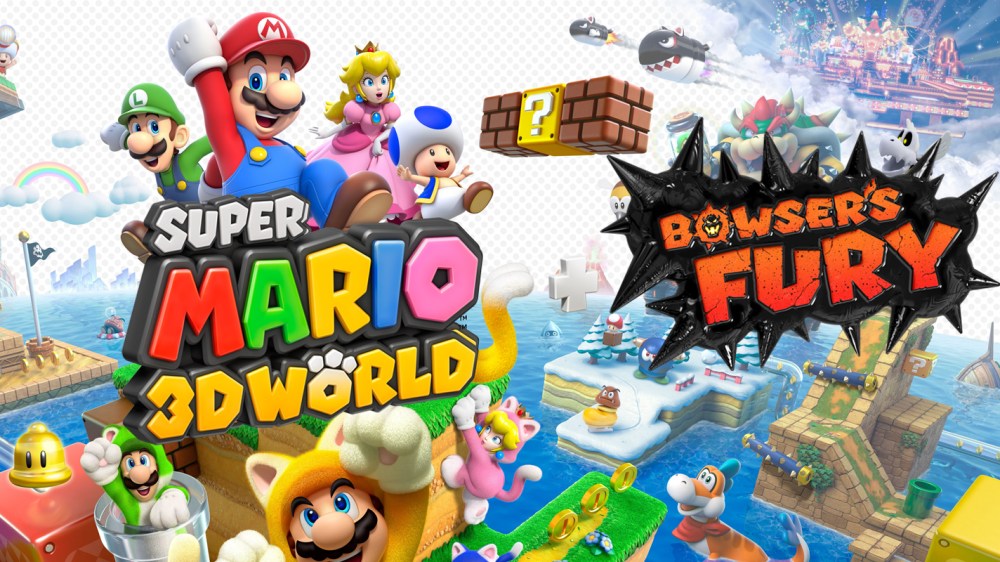 The reveal trailer looks awesome and certainly made it to the top of my want list for the Switch this year. Nintendo UK has now shared some more info behind the story. Bowser has been corrupted by a “mysterious black goop” which will see Mario team up with Bowser Jr. to try and put things right.

Something bad has happened to Bowser. He’s been tainted by a mysterious black goop, turning him into a humongous monster bent on total destruction!

It’s up to Mario and an unlikely companion to travel across a series of islands on Lake Lapcat, collect the mysterious Cat Shines by completing different platforming challenges, and harness their power to stop the terrifying Fury Bowser.

With his papa transformed, Bowser Jr.’s only hope to save his dad lies with his greatest enemy. Piloting his Koopa Clown Car, the young prince joins Mario on his quest, copying all of his moves, helping him take out enemies, and uncovering power-ups and other secrets that’ll help you out.

Pass a Joy-Con to a friend and play in local co-op, with one player taking control of the little tyke directly to assist in your hunt for the Cat Shines.

Part of the additional content is an introduction of the weather or “fury Sun” when it changes bad things happen:

As you search high and low for the Cat Shines, the evil-looking Fury Sun will slowly rise out of the lake, near the island that you’re currently on.

When the weather suddenly changes from sunny to stormy, it’s time to get a move on, as Fury Bowser’s almost there! Once he emerges from the Fury Sun, he’ll summon meteors from the sky and fire devasting fiery beams at you – so take cover!

The main goal is to collect all the Cat Shrines, once you’ve done this you’ll be able to power up to Giga Cat Mario:

While you can wait out the devastation, you aren’t entirely helpless. If you’ve collected five Cat Shines on an island, it’s time to activate the awesome power of the Giga Bell! This gargantuan Super Bell transforms Mario into Giga Cat Mario, meaning he can fight Fury Bowser in a truly titanic tussle.

Defeat Fury Bowser in your massive feline form and he’ll be sent flying back into the water, unlocking new islands for you to explore. Don’t spend too long celebrating your victory, as he’ll be back…

Super Mario 3D World + Bowser’s Fury is available for Pre-Order now and will release on the 12th of February.

Looking for a new job? Next Level Games is hiring.